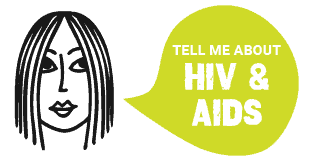 What is HIV and AIDS? HIV stands for Human Immunodeficiency Virus. HIV attacks the immune system, which is the part of your body that fights disease. HIV is the infection that causes AIDS.

According to the Centers for Disease Control and Prevention, every year in the U.S., 40,000 people are diagnosed with HIV. Young people between the ages of 13 and 24 represent 26% of these new infections. LGBTQ males and African American males are especially at risk. They account for more than half of all new infections. Most young people with HIV do not know they are infected, so they don’t get treatment and spread HIV to others.

You cannot get HIV from hugging, kissing, talking to or touching a person with HIV, an insect bite, sharing food or drinking after a person who is infected, using a public restroom or swimming.

What are the signs and symptoms? What can happen?

Sometimes there are no signs of HIV. The only way to know for sure if you have HIV is with a blood test administered by your healthcare provider. Many people with HIV look and feel healthy and can transmit HIV.

Some people may experience a flu-like illness within 2 to 4 weeks after infection (Stage 1 HIV infection). But some people may not feel sick during this stage. Flu-like symptoms include fever, chills, rash, night sweats, muscle aches, sore throat, fatigue, swollen lymph nodes, or mouth ulcers. These symptoms can last anywhere from a few days to several weeks. During this time, HIV infection may not show up on an HIV test (“window period”), but people who have it are highly infectious and can spread the infection to others.

HIV may have few or no symptoms for up to 10 years or more before the symptoms of AIDS develop.

HIV can develop into AIDS, which can be a serious, life-threatening disease. But thanks to improved treatments and therapies for AIDS, people are now able to live with HIV/AIDS for many years.

Is there a cure? How is it treated?

No, there is no cure for HIV or AIDS. But there are medicines prescribed by healthcare providers that can help symptoms and allow people with HIV and AIDS to live longer, healthier lives. In fact when you take HIV medications it can lessen the risk of passing HIV to sexual partners, this is known as U=U.

U=U stands for Undetectable equals Untransmittable. The amount of HIV in an individual’s blood is referred to as their “viral load.” By taking HIV medication as prescribed, people living with HIV (PLWH) can strengthen their immune system and achieve a viral load that is not detectable in a blood test. This treatment, called antiretroviral treatment (ART), should be started as soon as possible after a positive diagnosis. With undetectable HIV, the virus cannot be transmitted through sex. Learn more about U=U and discover new resources here. 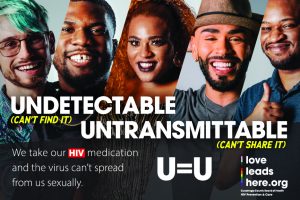 How can you prevent it?

HIV is most commonly spread through unprotected sex. Remember that the only method that is 100% effective in preventing STDs is abstinence, but if you’re sexually active, the best way to avoid HIV is to use a latex condom correctly every time you have sex – and to never share needles.

There are steps that can be taken to help prevent the spread of HIV. PrEP is a treatment that can be taken by people at risk for contracting HIV. PrEP stands for pre-exposure prophylaxis. PrEP is medication taken before having sex or sharing needles with someone who is HIV positive. Talk to your doctor about PrEP if you think it may help you stay safe. Click here to learn more about PrEP. 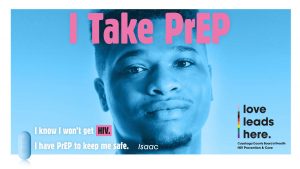