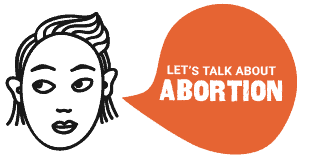 Abortion is the ending of a pregnancy by removing the fetus or embryo before it can survive outside the uterus (or womb). There are two kinds of abortion available in the U.S. One kind is a called an in-clinic or surgical abortion, which is a procedure done by a healthcare provider in a medical clinic. The other is a medication abortion, using medications available only through a healthcare provider that will cause you to have an abortion.

In 1973, a U.S. Supreme Court case called Roe v. Wade made abortion legal in the United States. Forty years later, people who support abortion rights and people who oppose it are still debating the issue. Only you can decide how you feel about abortion.

No matter how anyone feels, abortion is legal in the U.S. However, each state has its own laws for residents to get an abortion.

Many states also have special rules about abortions for teenagers under the age of 18. In Ohio, if you are under 18 years old, the state requires that one of your parents give permission for your abortion. However, you can ask a judge to excuse you from these requirements. That process is called a judicial bypass. To begin this process or get more information, contact Intake Services of the Juvenile Court Division of the Cuyahoga County Court of Common Pleas at (216) 698-6545.

Abortions should only be performed by or under the care of a licensed medical professional. Attempts to cause yourself to have an abortion can result in serious – even life threatening – medical issues.

Across the U.S., abortions performed in healthcare clinics are very safe. They are also common. In fact, 3 out of 10 women in the U.S. will have had an abortion by the time they are 45 years old. The rates of abortion have been declining for many years, largely because people are better able at avoiding unintended pregnancy due to increased access to more effective forms of birth control and sex education.

If you are pregnant and thinking about an abortion, you have a lot to consider. Learning all the facts about abortion, parenting and options for adoption may help you in making your decision. Only you can decide what is best for you. Click here to find a list of local healthcare resources for more information.